Not to brag, but I have now officially kept two (2) New Year's Resolutions from my lengthy list.
1. I got a physical.
2. I performed in public.

Okay, so the performance actually took place in front of 43 kids, ages 3 to 5. And okay, so my husband volunteered to play his guitar along with me so that I wouldn't have to do it alone. It still counts.

This marks the second time my husband has bailed me out of an uncomfortable situation (uncomfortable for me being anything that involves standing up in front of people.) When I wanted to speak before the school board over redistricting earlier this month, I signed my husband up instead. I was going to say he still hasn't forgiven me, but apparently he forgave me enough to join in at the pre school this morning. Whew.

Next up: A poetry reading in April. Now if I could just find a way to get him to read a few of those...
Posted by mad at 8:13 AM No comments:

The ice cube out the window seems to have only brought us MORE ICE. Still open to new ideas...
Posted by mad at 4:12 AM No comments:

My son's teacher says that if you want it to snow, you're supposed to take an ice cube, throw it out the window, and make a wish on it.

My neighbor, who delivered our Girl Scout Cookies earlier this evening, says if you want snow you're supposed to sleep with your pajamas inside out.

If you have any other ideas, please send them along. Unless you'd rather debate about which Girl Scout Cookie is the best. (I might be alone in this, but I vote for Tagalongs).

Financial lockdown, a death in the family, a school board fight and annoyances big and small have conspired to put me in a funk, and not the kind James Brown sings about, either. I mentioned this to my friend Cece recently and she gave me her best sources on how to clear up the gray skies and make the glass half full:
Pollyanna
Annie
Anne of Green Gables
"Maybe you should add some sort of 'Ann' to your name," she suggested.
So I complained about my funk to another friend who replied: "Oh, but I'm sure it won't last!" Her name? ANNIE. I think Cece's on to something...

Meanwhile, despite the weather forecast, I'm determined to start keeping on the sunny side. Speaking of which: Sam Riddleburger got me hooked on this challenge from Miss Rumphius Effect to write a rhyming chant using a list of items, flowers, animals, etc. My poem doesn't exactly stick to the rules (I don't think) as I'm giving myself a lyrical head start: I'm using titles of songs performed by The Carter Family.* My meter isn't perfect, but it's still my contribution for Poetry Friday.

I'm working on a building
In the shadow of the pines
I cannot be your sweetheart
Little darling pal of mine
I have an aged mother,
A distant land to roam
Walking the king's highway
It's a long, long road to travel alone.
Dark and stormy weather
East Virginia blues
Sunshine in the shadows
Birds were singing of you
Help me climb the mountain
Over the garden wall
It is better further on;
The happiest days of all

*Just to explain my train of thought for those who aren't Carter fluent, "Keep on the Sunny Side" was one of The Carter Family's signature songs.

Whew. Perhaps I should consider turning all of the bad stuff that's been going on lately into a poem. Though, per Cece's advice, I'd be better off working on a poem with the good stuff, and there's plenty of that. (Don't worry; I'm not going to try to rhyme it.)

My brother's new baby
My son's vigil for the tooth fairy
A paying writing gig
Laughter
Poetry
The ability to stop myself when I start getting sappy.
Posted by mad at 8:23 PM No comments:

I missed poetry Friday this week (and many others) but my son brought home a paper from his kindergarten class that I thought I'd post. His assignment had been to make three wishes on a good luck dragon for the Chinese New Year, one for his family, one for his community and one for himself.

I'm leaving out the misspellings, which were endearing but could perhaps be confusing. Anyway, it read:

For my family: I wish they would not die.
For my community: I wish there was no littering.
For myself: I wish for Captain Underpants.

I figure if he could get me to cry and laugh in three lines, it counts as a poem.
Posted by mad at 3:10 PM No comments:

another extra thing to celebrate

By some sort of divine intervention, my beloved 1990 Toyota corolla has once again passed inspection. 232,000 miles and counting...
Posted by mad at 7:28 AM No comments:

The Washington Post had op-ed pieces this weekend from Michael Chabon and Erica Jong, who wrote about Obama and Clinton respectively. Because Chabon's Yiddish Policemen's Union is one of my favorite books from last year (which some of you would know if I ever sent out my holiday book list -- coming soon), I wanted to include a link to his piece here.
And since it had a companion piece, I'm linking to Erica Jong's work as well.
Posted by mad at 8:57 AM No comments: 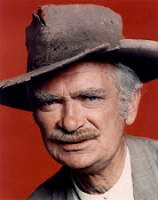 If you are looking for those extra holidays to celebrate, like Buddy Ebsen's birthday (April 2) or National Talk Like a Pirate Day (Sept. 19) I want you to know that today is one of those days: Today is the 10th anniversary of my husband quitting smoking. He didn't quit with help from National Smokeout or the Cancer Society or smokefree.gov (though those are fine places to start if you're looking to quit.) He did it with help from Nintendo and a game called Doom. He rented both items from King Video and locked himself in our basement in Blacksburg and shot stuff for the weekend.

Qutiting wasn't easy. Sometimes it's still not easy. But it's been 10 years and I am incredibly proud of him. Tradition says that he gets a reward around this time every year, namely a CD or LP box set he wouldn't otherwise buy for himself. We're still on financial lockdown, but I'm still getting him the box set. (His choice: Goodbye, Babylon from Dust-to-Digital.)

Consider the cost of cigarettes (there's a tax chart here if you're interested) and the savings we get on insurance just for starters.

If you know someone who's quit smoking, consider a reward from time to time -- just a little something that shows that you recognize how hard it is, and a little extra encouragement to keep going.
Posted by mad at 5:31 AM No comments:

If you get nauseous easily, do not read the rest of this post. Because today I am writing about: The NetiPot. This is where you take a teapot, pour it in one nostril, and watch the fluid come out the other. As long as you get the angle right, it doesn't go down your throat.

You can watch a youtube video of someone trying this at fatguy radio.

You cannot watch a video of me doing it as my husband was totally grossed out. The doc-in-the-box recommended this to me yesterday. I waited three hours for this advice (plus antibiotics) and at the end of those three hours, I was ready to try ANYTHING. I am feeling a little better this morning, though I cannot say whether it is the sudafed, the tylenol, the antibiotics or the NetiPot. But at this point I am likely to give credit to the NetiPot. I believe it works on two levels:

1. The salt water irrigates your sinuses and helps take care of any wicked bacteria in there that regular nasal spray won't stop.
2. Your brain decides it has to be working because you would never try anything this disgusting unless you were guaranteed results.
Posted by mad at 5:15 AM No comments: